Why Are so Many Women Looking for Threesomes? 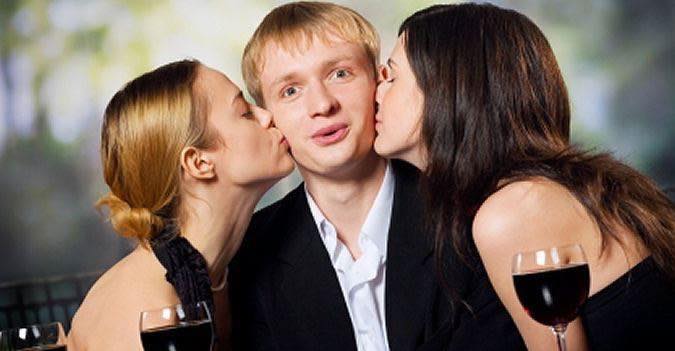 Whether you’re keeping stability (tripod stands) in mind or simple aesthetics (like the pyramids!), triangles have been a favorite with humans.

However, the same privilege hasn’t been granted to triangles in the areas of love and sex. While love triangles have been romanticized in pop culture, in real life people mostly prefer twos rather threes. Or do they?

So why does a continuously increasing number of women want to have threesomes?

To Ignite or Reignite Desire

The women of today are modern and bold. And they’re done with putting up with the good old boring wife role. They want to explore new and exciting things every day, expand their knowledge about their sexuality, and find out what gives them the most pleasure.

To Explore Their Sexuality

Sexuality is not binary and, as the world is gradually coming to know, can be very complex. You can like men, you can like women, you can like both, and you can like more than one person, who can both be from different genders. The list is endless. And in such a situation, the only way to know is to explore.

A lot of women today recognize that they are bisexual, or at least bicurious. Research has shown that there are many bisexual women than what is popularly believed. Whereas women before didn’t experiment with their sexualities, they now are completely open to try out new things and figure out which way they swing. And there’s nothing better than having sex with both a girl and a guy at the same to realize what you like more.

The idea of polyamory is also becoming very popular among women.

To Find Out What Gets Them Going

When it comes to fetishes and kinks, there are no caps on what’s acceptable and what’s not. Many fetishes are borderline crazy or creepy.

Perhaps one of the most common but unexplored ones is jealousy. With the best kind of irony at play, jealousy is a fetish for many women, where their jealousy, or someone else’s arouses them.

Many women have found that they get turned on when they see their partner having sex with someone else. It makes them want them more.